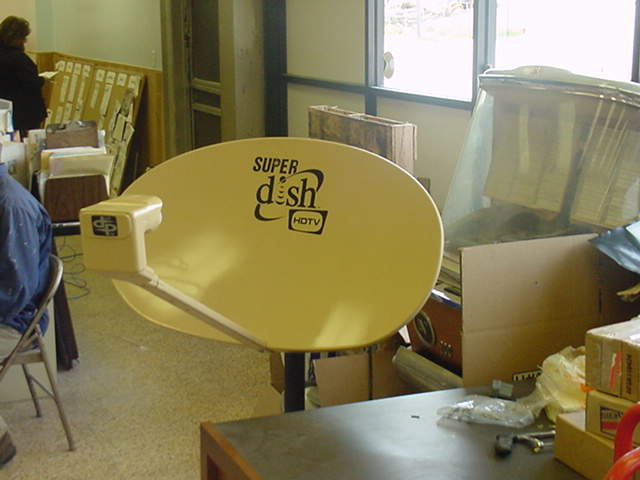 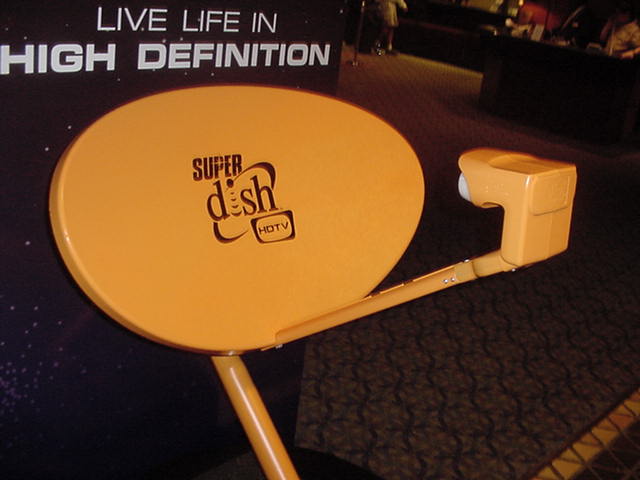 The two photos above are just prototype SuperDishes. The one on the right is an actual prototype from Team Summit 2003. The photo on the left is a prototype SuperDish which I made out an old Directway Dish. Both of these Dishes are non-working prototypes. I just thought it would be cool to have an actual SuperDish on display in my showroom to show to customers. 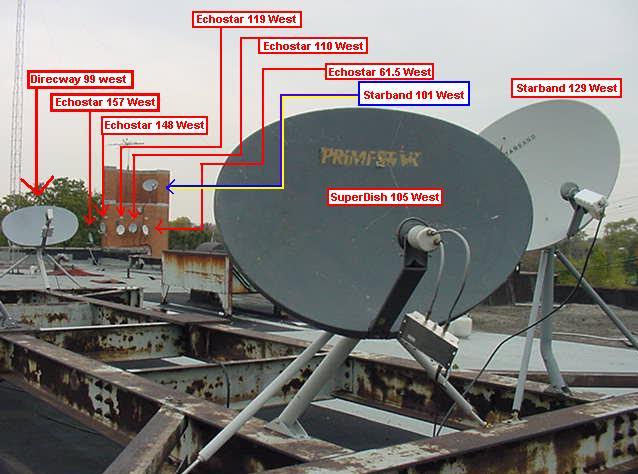 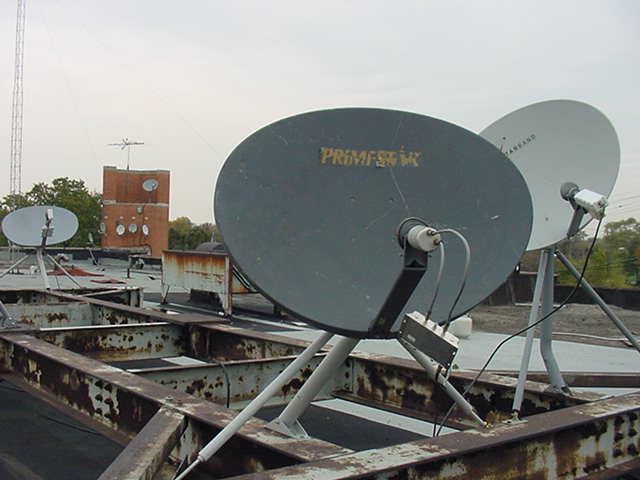 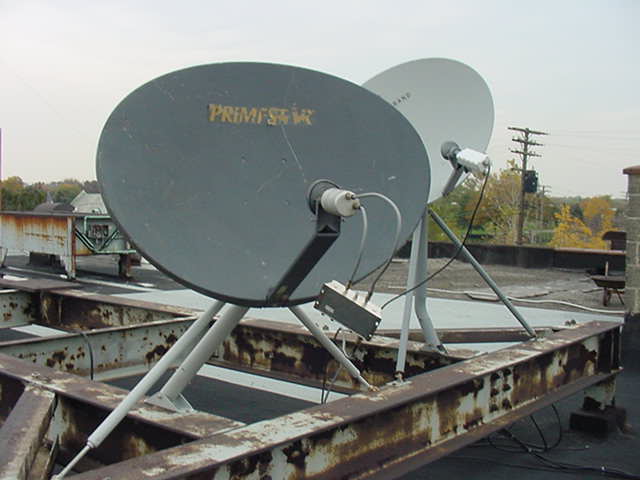 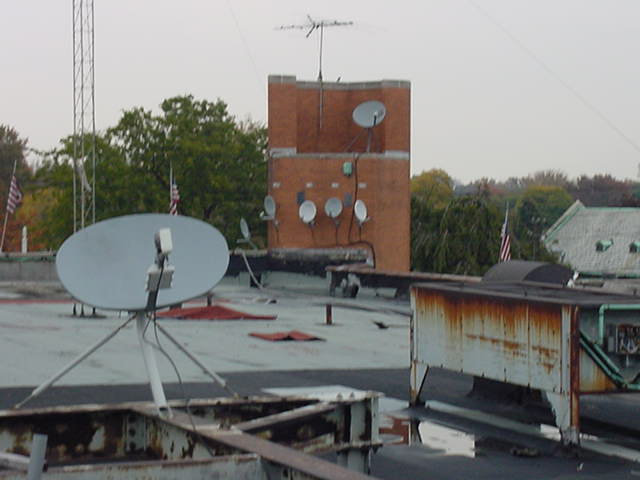 Above are just some general pictures of my DISH Network Antenna Farm showing all the satellites I can currently recieve. Since I really don't have a real SuperDish, in the meantime I have decided to retrofit an old Primestar Dish 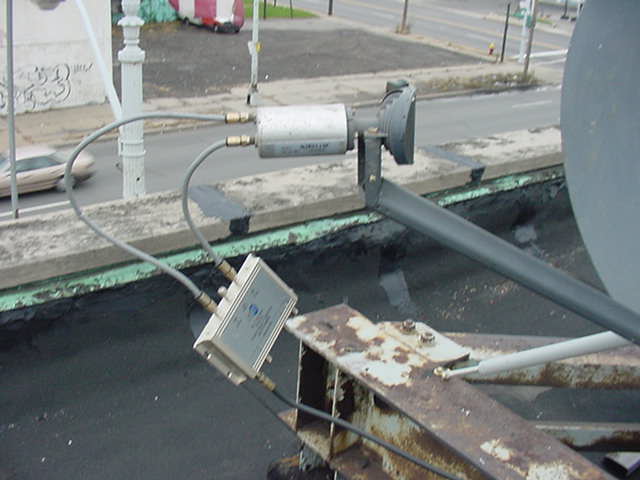 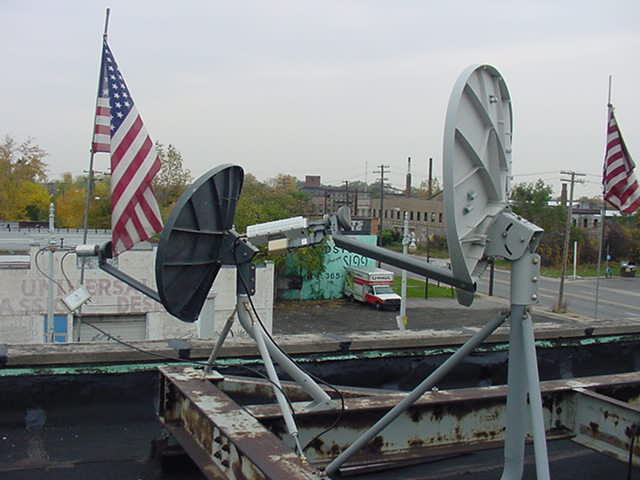 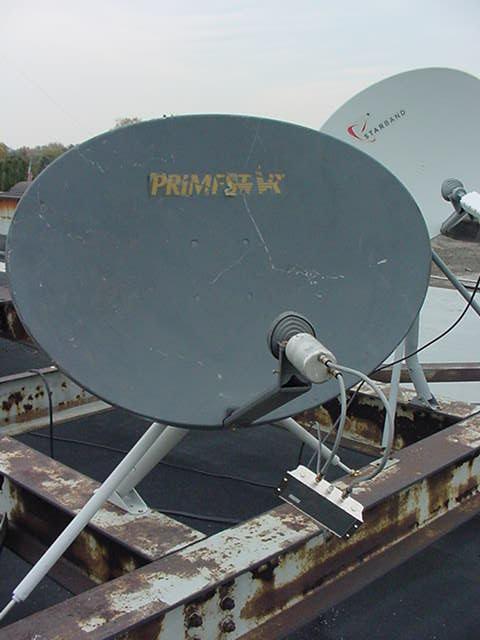 The above pictures are actual pictures of my Poor Mans SuperDish. Basically its an old Primestar Dish pointed towards AMC 2 at 105 Degrees West. Since the old Primestar LNB's required a seperate cable for the Odd and Even Transponders, I had to run it through a 4-way multi-Switch to be able to take advantage of 14/18 volt switching. It was either run it through a multi-switch, or I would have had to change the entire LNB on the Dish. 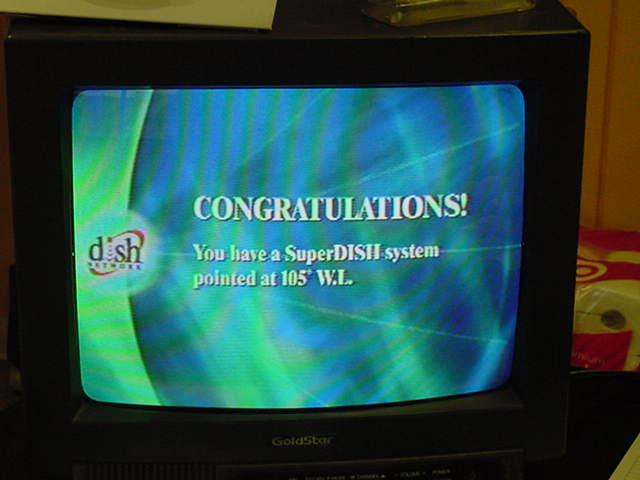 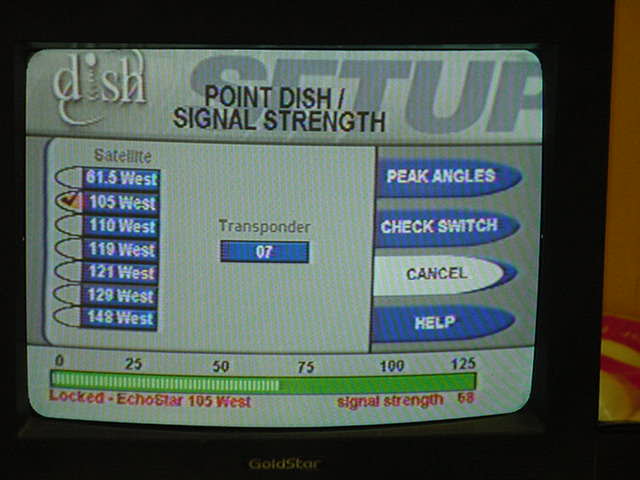 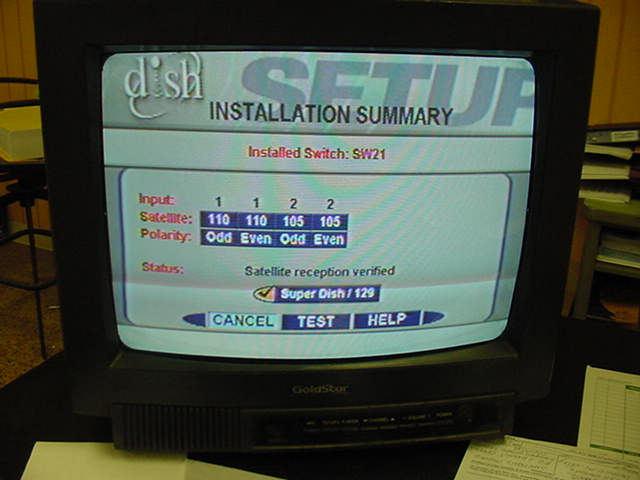 The following three pictures are just to prove that I had this setup working. I really didn't have a chance to play around with this setup that much to see what was available, the only channel that I can seem to get right now is I believe channel 7000 which shows the screen congratulating me for having a SuperDish System.

The next step is to run everything through an Sw64 to see if I can pick up 119/110 and 105 at the same time. The only thing I was a bit dissapointed by was the fact that the signal quality was very low. I was getting signal readings in the very low 50's to the high 60's depending on which transponder I was on. Im just not sure if this was normal, or if this setup required a larger Dish or I could possibly have had a bad LNB.